Pigs Have Flown and This House is Done

Safe to say, I won’t be winning any blog awards.  My last blog post was in 2017 and it was about this very same house.  I’m the queen of delayed gratification!

I’ll tell you how this process was supposed to go:

Ok, that last line is complete and total fiction but one can live in an alternate universe every once in a while, right.  Suffice it to say, the rest of it was fiction too but here we are!  3 years after bullet point #1 and “ta da” we are FINISHED!

I’ll spare you the gory details, but, like labor where you endure extreme pain and give birth only to forget the agony because you’re so happy with your baby (I always use this metaphor…disclaimer: I’ve never given birth) we’re pretty happy with the end result!

Now, let me just remind you of the “before”.  It was hard to get good “before” pictures, because the house is small to begin with and was all chopped up with hobbit-height ceilings. 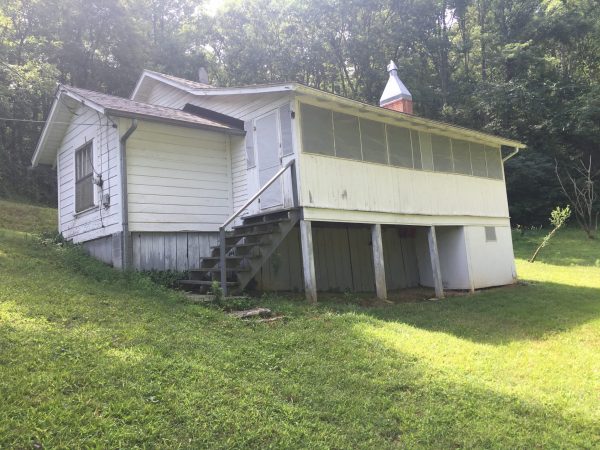 Not much of a front porch to come home to, huh?

It’s kind of hard to see from these pictures, but the public spaces of the house were divided into three small rooms:  a living room, dining room (that’s the with the refrigerator) and kitchen. 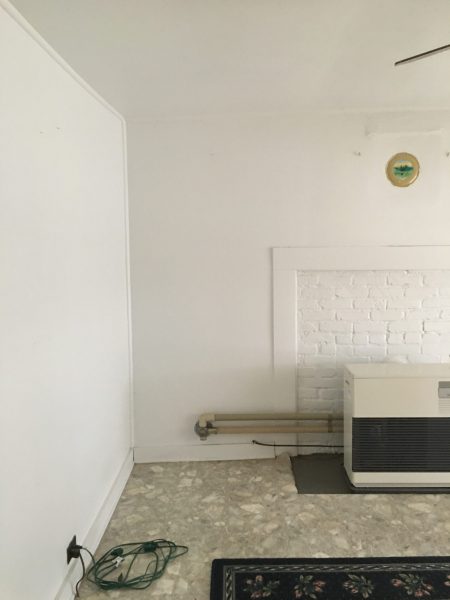 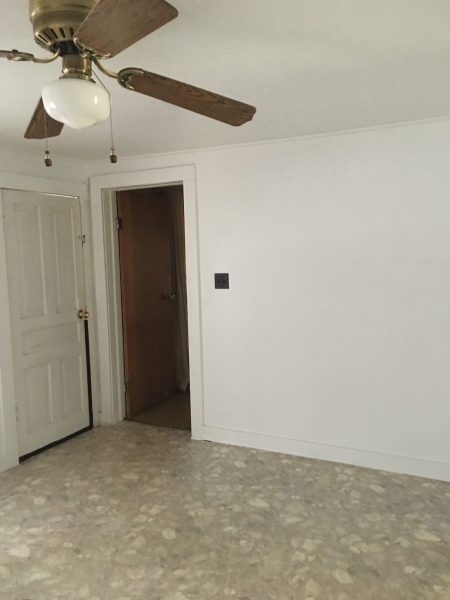 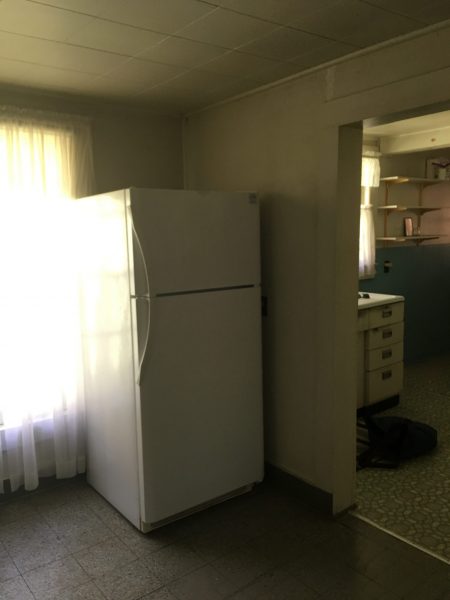 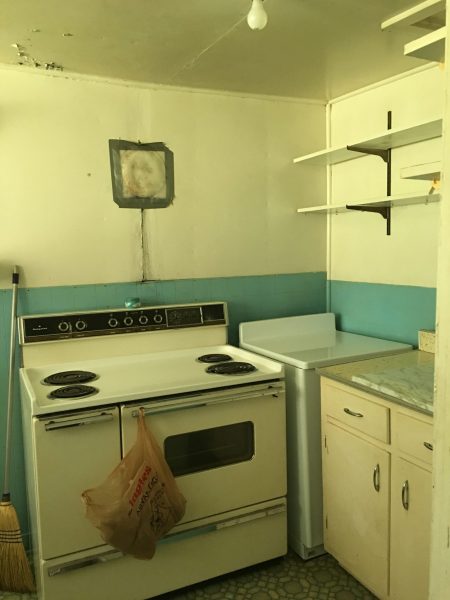 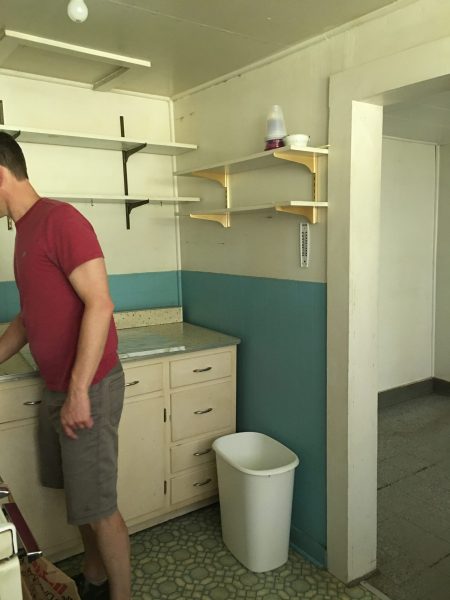 See, this is where I SHOULD have come in and just ordered the wrecking ball…but how much personal growth would have come from that decision? 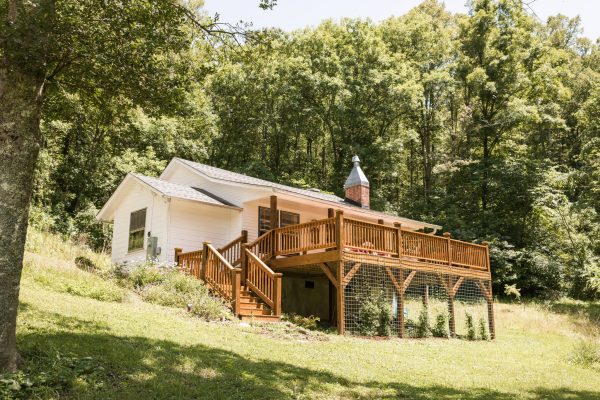 You can’t really have a house in the country without a nice big deck (and that’s Carolina Jessamine growing up the front of it!).

We got rid of those dinky ceilings and performed some engineering magic by reconfiguring the existing beams. 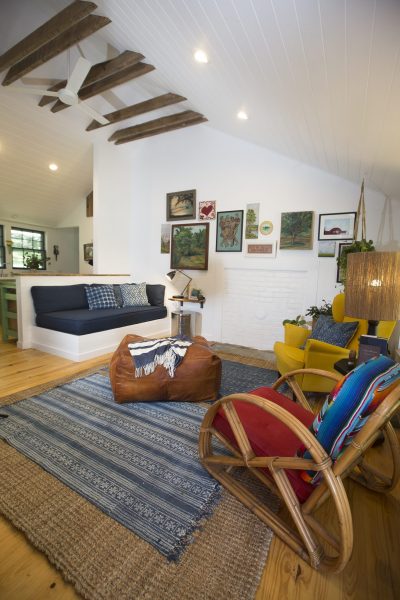 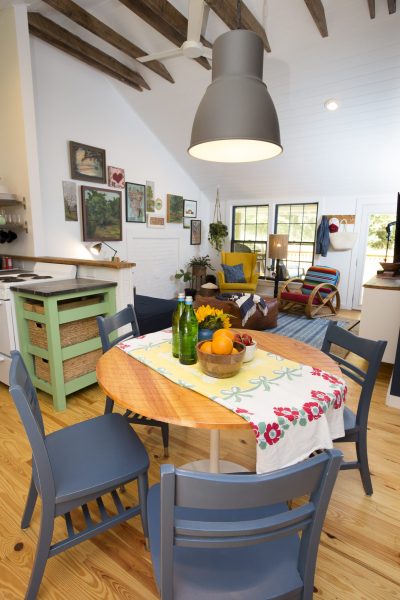 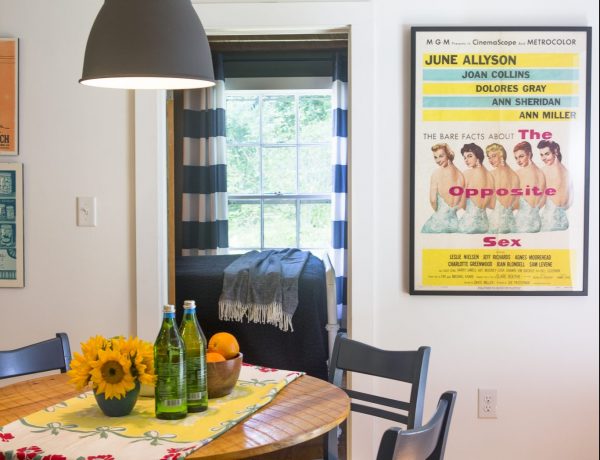 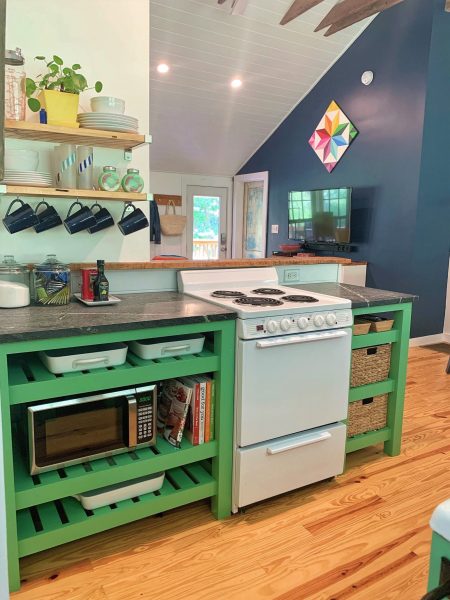 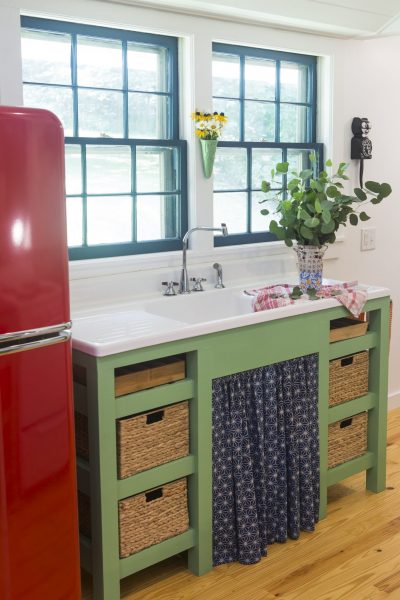 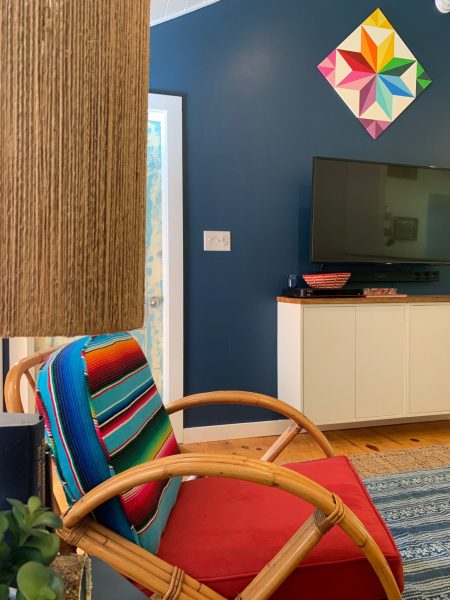 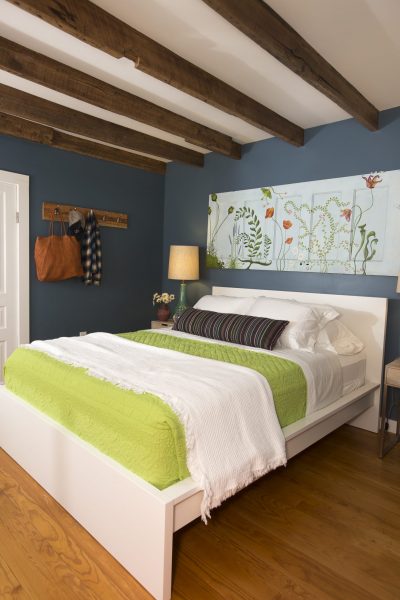 When we ripped out the sheetrock in this room, we found this great pine wall.  No need to cover that baby up! 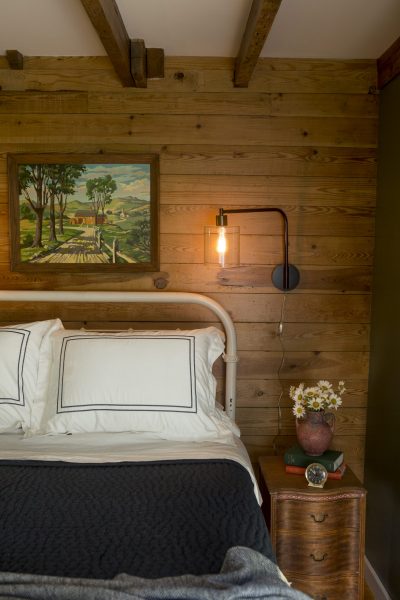 So happy to put a period, or exclamation point, on this sentence!  And after successfully surviving hosting my nephew and 8 of his friends (granted, not all of them stayed in that house), I can say the house is ready for business!  Airbnb listing to come….